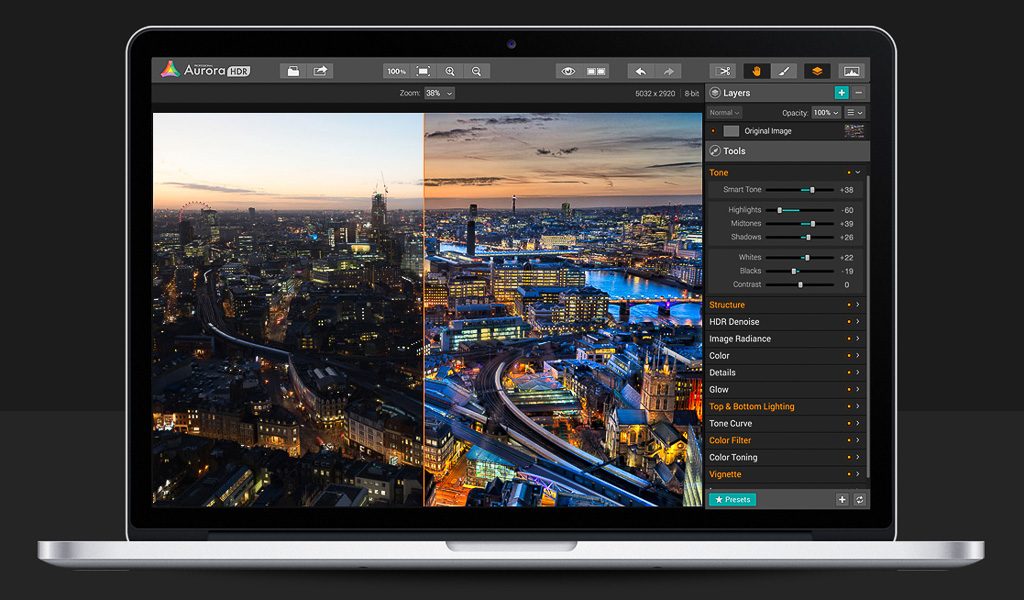 San Diego, CA May 20th, 2016 Macphun Software, a leading innovative photography app developer with over 30 million users worldwide, has today announced an update to Aurora HDR Pro. The update will go live on Tuesday May 24th.

Since its launch in November 2015, Aurora HDR Pro has been downloaded over 325,000 times, and was awarded the prestigious Editor’s Choice Award on the Mac App Store in its first week.

Macphun are committed to continually improving their products based on customer feedback and new advances in technology.

Added support for RAW files for these cameras:

Those are then automatically merged into a single shot which encompasses a greater exposure range.

Aurora HDR is available either as a standard version through the Mac App Store, or a Pro
version direct from aurorahdr.com or www.stuckincustoms.com.

The standard version of Aurora HDR is available via the Mac App Store.

Aurora HDR Pro is available direct from aurorahdr.com and www.stuckincustoms.com for $99 or via the 3month Aurora HDR instalments plan.

Macphun Software is a California based Mac app developer focusing on consumer photography and professional digital imaging markets, serving over 30 million customers worldwide. First established in 2008 with a mission to create innovative photography software, Macphun’s products such as ColorStrokes, Snapheal, Focus, Intensify, Tonality, Noiseless and FX Photo Studio are consistently ranked among the top 15 in the paid photography category on the Mac App Stores around the world.

Trey’s images and stories capture the beauty of exotic travel destinations and the humour of the bizarre situations he often finds himself in. There is always something new, unexpected and beautiful to see. Trey grew up blind in one eye, which changed the way he has come to experience and visually map the world.

It’s all in the name, or is it? Macphun was set up to serve Mac users, but if you visit the Macphun website and visit the Aurora HDR page you will be informed that a Windows version is in the wings…

Follow
wpDiscuz
We use cookies to ensure that we give you the best experience on our website. If you continue to use this site we will assume that you are happy with it.OkPrivacy policy